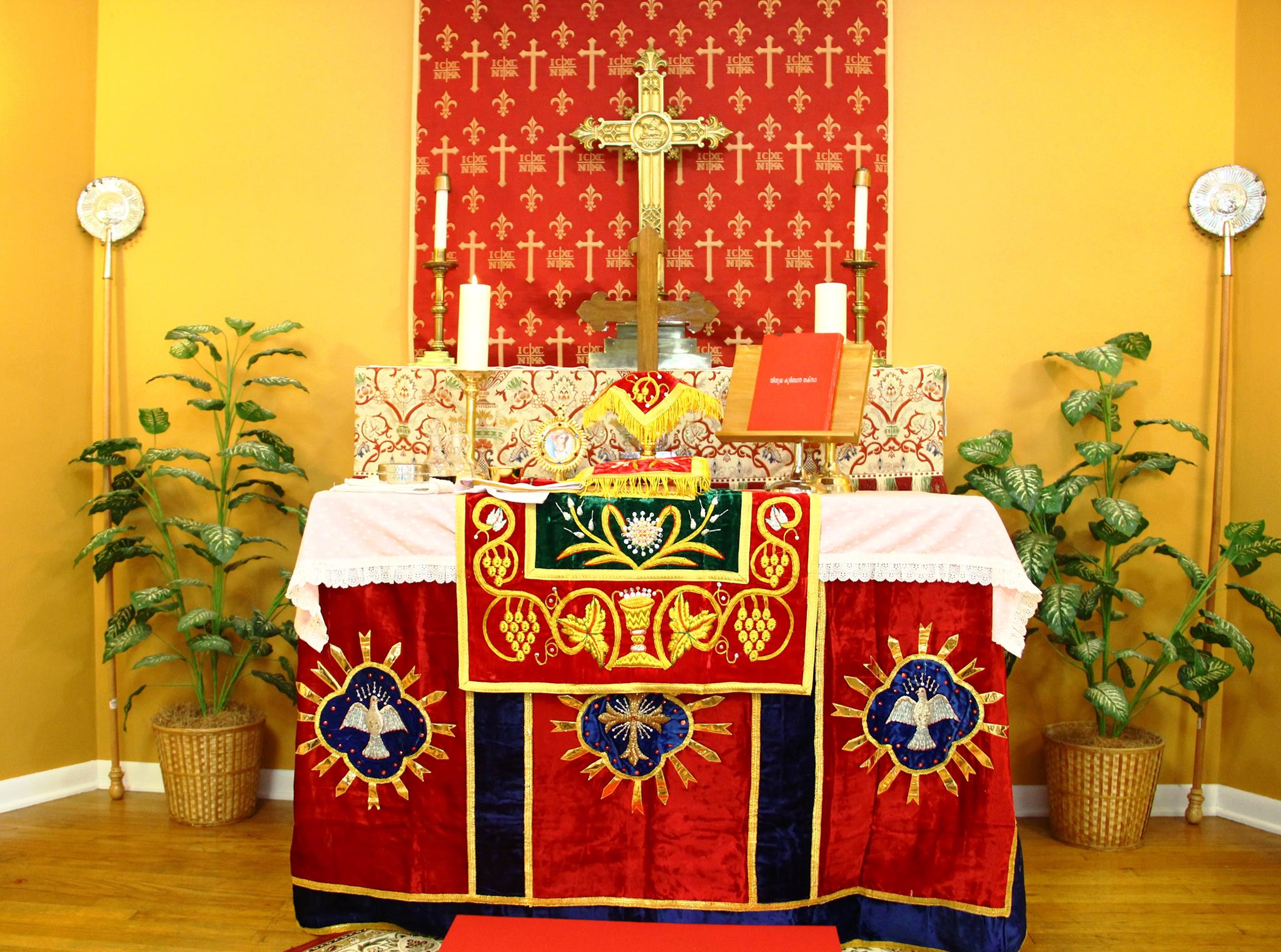 Jacobite Syriac Orthodox families in Albany, NY, along with the local Mar Thoma and CSI congregations, worship together as the United Christian Church (UCC). Typically, a priest from each congregation conducts one service each month. Very Rev. Gheevarughese C. Thomas Corepiscopos (Chattathil Achan) has been conducting the Jacobite service once every month since 2005.

Jacobite members, on April 22, 2014, gathered at Mr. Peter Thomas”s residence for a discussion about starting a Jacobite church in Albany. All the participants expressed their willingness to form a Jacobite Church in Albany, and a unanimous decision was taken to approach His Eminence Mor Titus Yeldho for advice and support and to request an Achan to conduct the Holy Qurbana in Albany.

The St. Mary’s Syriac Orthodox Church is ever growing, spiritually strong and continues to shine by the grace of God and the intercession of our patron saint, St. Mary.